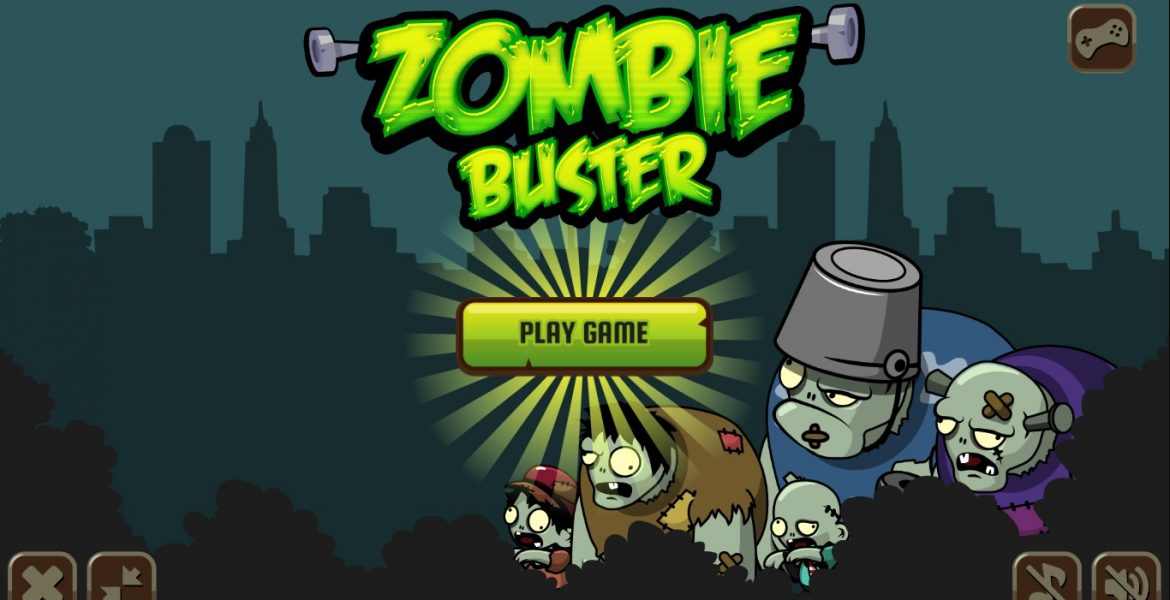 What’s Unique About the Game

Usually, zombie games are more about shooting and killing zombies in bloodshed but this is a more light-hearted take on that. However, here you tearing the zombies into limbs and pieces but for some reason, that doesn’t seem anything gore or gritty. The very concept of the game is fun and interesting. You are not actually shooting zombies or fighting. Neither you or zombies can move from their places. Still, you have these 3 seconds timer bombs to throw at them strategically to cause maximum impact or damage. If you managed to do that without losing all your ammo, well you win!  It more of aiming and predicting in the hit of the explosion as there is a lot of physics applying here. You might recall the game ‘ Angry Birds’ for a while except its more fun. The only drawback of the game is it could be more conviction-driven in the case of the vulnerability of explosions and some more layering.  But that doesn’t take away the fact it is one of the coolest zombie games ever. You can find more games similar to this such as Zombie Shooter. 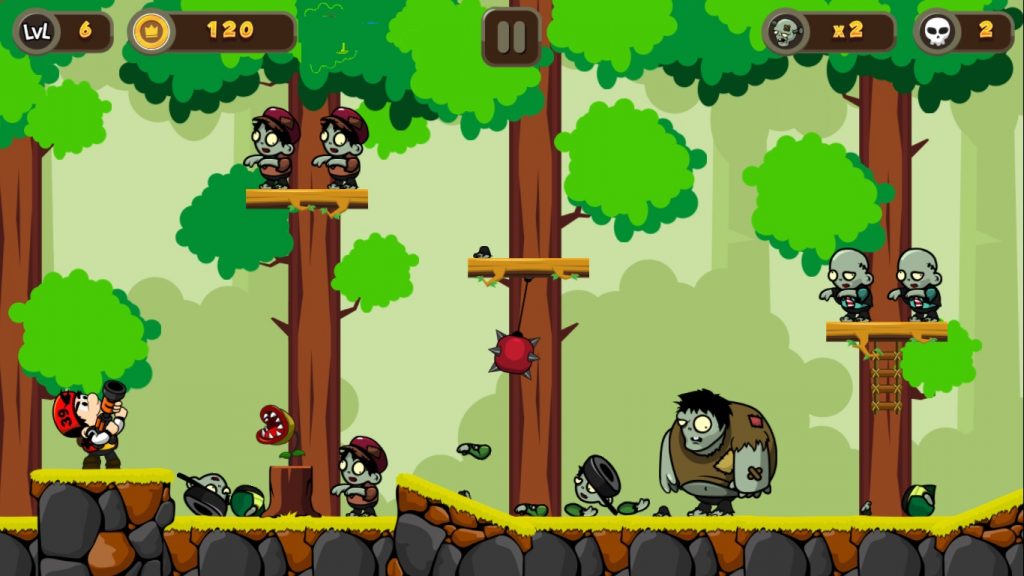 The overall design of the game is impressive and one can see the conviction brought in the interface. Zombie Buster is a well-developed game where the animation is pretty much in contrast to the background. Small and Intricate detailing is there with explosions and the impact. It is quite cool when zombies can be shattered into pieces in the explosion.  Again, the friction, striking and overall physics of the game is quite fun to watch while playing it. The appearance of the central character and zombies are quite adorable and cartoony so you will be pushed to forget all those bloodthirsty deadly looking zombies for a while.  The levels designed to place the zombies are quite strategic along with the obstacles which reduce the chances of explosion impact or range. Little addition throughout the levels in the graphics or the setting is great such as water, deadly plants, wooden bridges, moving clouds, snow, ice crystals, sewer green water, 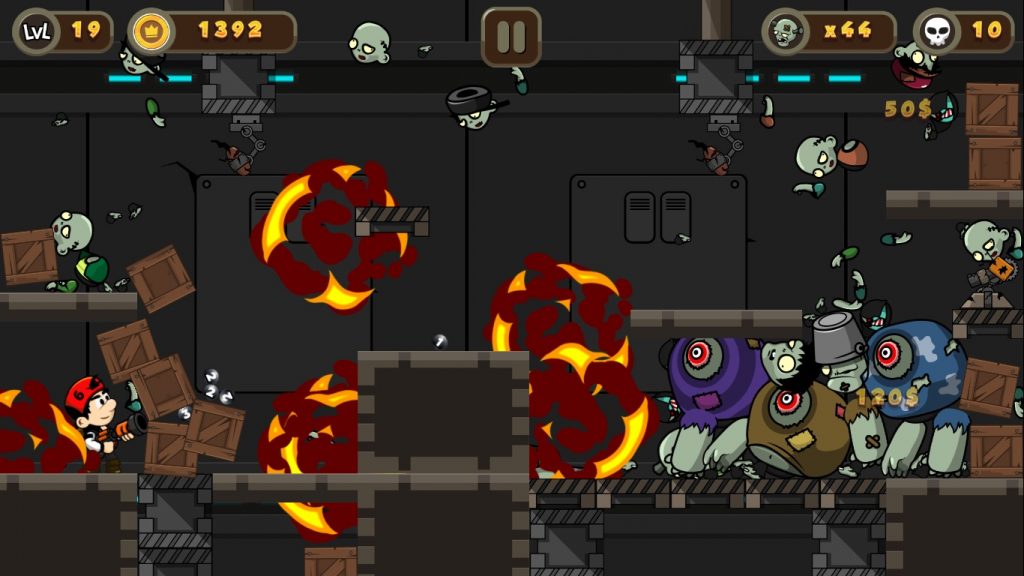 The game is quite simple to understand but take one or more go to adapt. The zombies are placed on different spots in a non-moving frame and so you are with a giant gun which shoots time-ticking bombs. You need to aim for zombies and shoot explosives to them. Now, it is not necessary at all that bomb hits zombies to kill rather it requires to be in the range of the explosion. After throwing, bomb takes 3 seconds to go ‘boom’. You are supposed to predict the right spot to throw bombs so it hits back to the nearest possible area of zombies or zombie. Most of the time, they do not die or destroy in one explosion. So you need to bit nasty here with explosives as you have plenty of them to throw. When all zombies got shattered into pieces and it has caused the maximum damage required, you will gain scores accordingly. Choose the aim or the path for the trajectory and similar to angry birds, you can decide intensity as well. 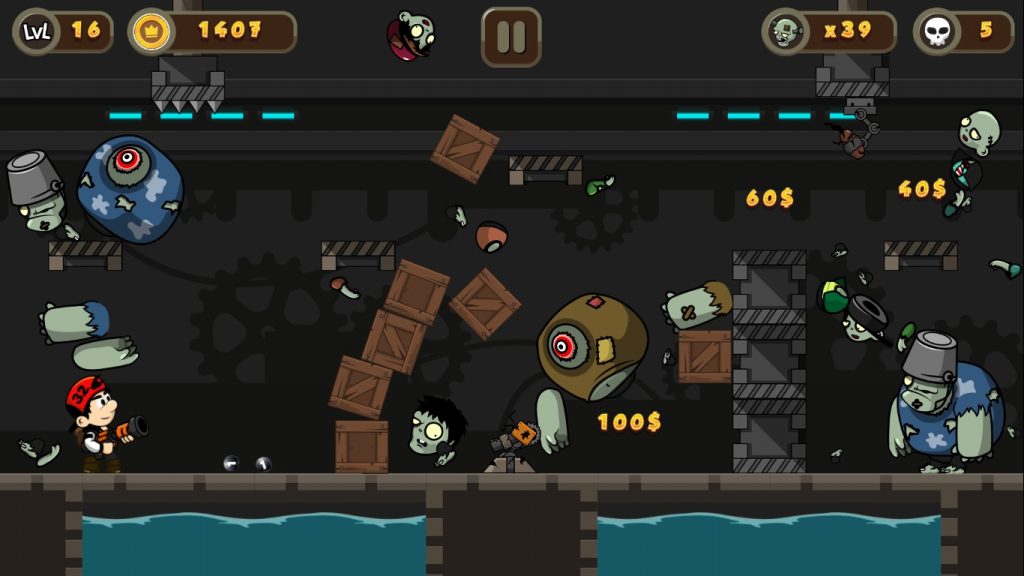 1.  Aim for the easiest or closest zombies first. It will make things look easy at first and sorted for further aiming.

3. Use the objects like walls, boxes, the iron hangers, and others to divert the explosives towards the zombies. You need to be strategic with the shooting.

4. Just go nasty with an explosion. It sometimes works, just decide different directions and shoot continuously. The bombs get stricken by each other and go all over the place with giant explosions. It causes maximum damage but also sometimes it doesn’t. Remember if any one of them left and you get out of ammo, you will be lost.

What could have been better in the game?

At a time you will feel, it will be really great if these time-ticking bombs could be effective your character in the game as well. It could have made the game more tricky to win. Just because you are not vulnerable to these bombs, you can throw it continuously around which might even get you a win for the level. However, through different levels, the game does gain the complication level due to the positioning of the zombies. It gets tricky to cause maximum damage with the limited amount of bombs to the zombies. You also wish the developers could go an extra mile to complicate the levels of the backdrop. It could have been into 3D space as well. 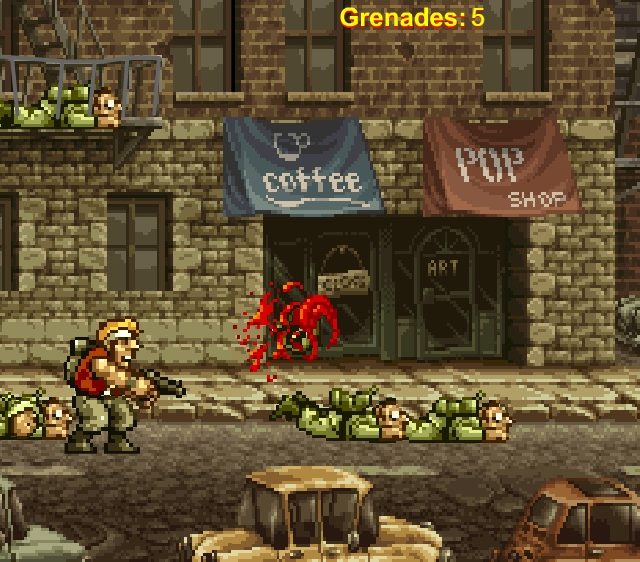 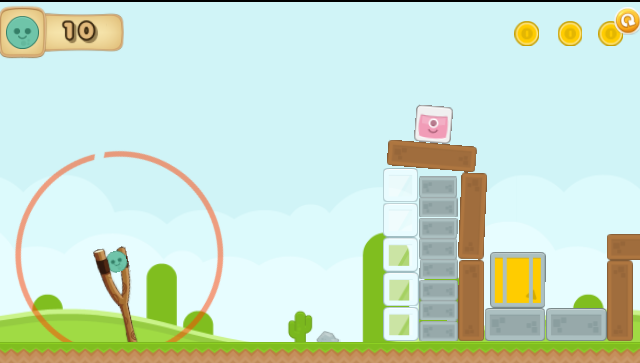 5 Fun Games That You Regret Not To Play