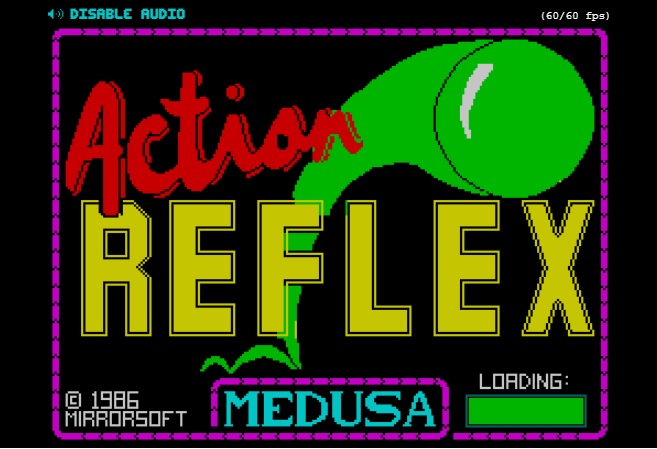 Action Reflex is the classic or retro 8-bit game got popular early in the 90s, also adapted in the various forms such as in Symbian phones, arcade games, Gameboy and smartphones as well. Action Reflex was one of those game you find in every game players house. However, after it gets diminished in its popularity when a lot of variety-oriented games come through, the game might be gone for a while. Then, again in the old phones, it was one of those first basic games you see other than snake games and others as well.

The 8-bit contemporary game, ‘action-reflex’ is one of the most iconic games ever to enjoy. The basic design of the game is quite vibrant and futuristic as well. It is based on a football going through this adventure for some reason. The game is highly challenging which reflects in the very design where various challenges, traps, and hurdles are placed to stop the ball. You will see this yellow pipelines, blue colored bullet-throwing cannon-like structures, suction areas, and various utensil or structure are placed to trap the ball. The ball rolls when it needed to go left or right. The physics of the game is again maintained and convinced in its design. 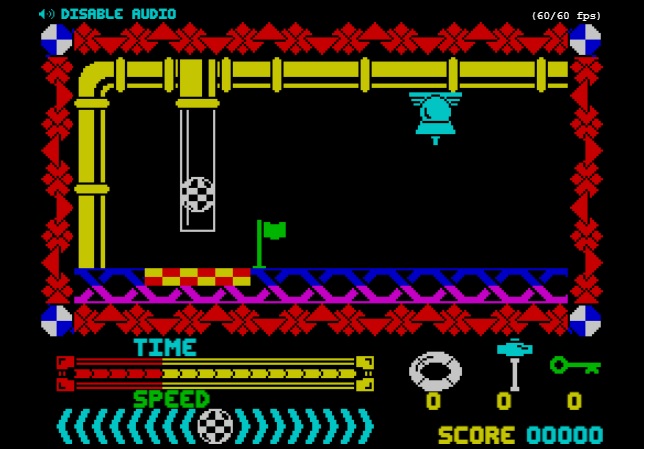 Instead of a plumber or mustache man or any other game character, you control football in a futuristic setting adventure. The football is needed to thrive through the ultimate challenges and conditions it put through. You need to get the ball rolling, jump over the obstacles but with optimum care. It is not the usual jump-over-obstacles game which could have been easy. Action Reflex, as the name, suggests much talk about the physics in the game. You are supposed to use ‘UP’ key to make the football jump and LEFT and RIGHT key to making a left and right movements. You need to learn the reflex of the game to cross over all types of challenges. ‘UP’ key needed to be constantly pressed to decide how long the jumps or the intensity of jumps required. The very strength of the football, the jumps and bounce is also the disadvantage and challenge here as unwanted bouncing make your ball get into troubles around. You can also decide the speed of the ball by using LEFT and RIGHT keys pressing continuously. 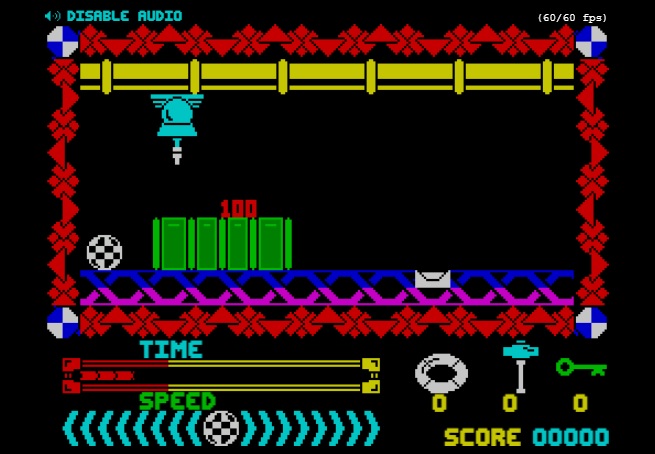 Use the LEFT and RIGHT keys to move the ball in left and right directions. Use ‘ UP’ key to start bouncing at the spot with the football. Continuous jumping lead to put more energy in bouncing and decide the height of the movement. Different energy and speed are required along with a particular height to move forward.

There are various challenges in the game including various kind of weapons or constructs to obstruct the way for the football to pass. Most of them are like shooting bullets from the cannon, magnet which pulls your football up, suction areas, water, and other big materials to jump over. One of the most irritating and dangerous is the switch-suction pipe which pulls you out at a certain point and put you back to a certain point. You have to again play the challenges to reach there. 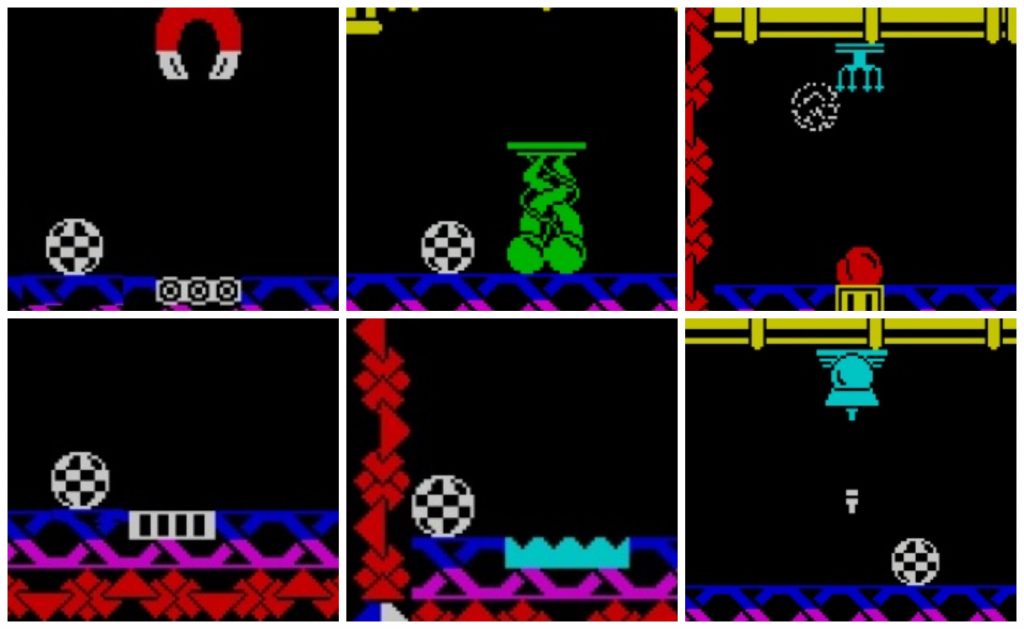 1. You need to have control over the movement of the ball as using extra strength or bouncing and also the less, both will trap you or won’t lead you to the end. There are certain challenges which got really tricky, so you adequate and strategic amount of energy and force to jump over there.

2. Find the sweet spot of the jumping height you need to bounce over large pieces and small height as well to jump from tiny obstacles. You need to have both kinds of jumps in the practice. 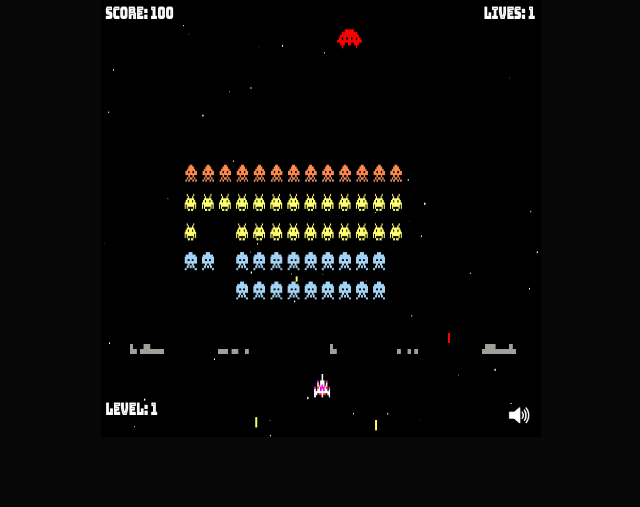 Everything To Know About Space Invaders Arcade Machine Game 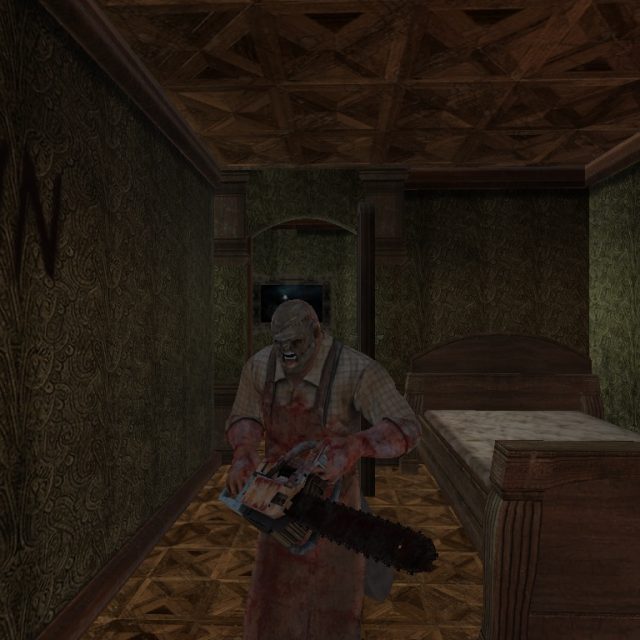