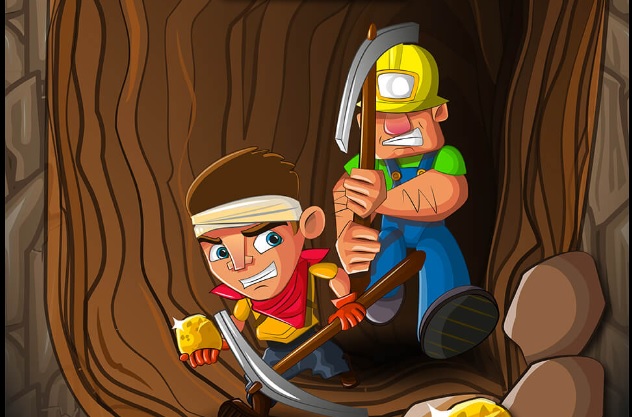 The concept of the game is quite simple where you control the protagonist with a mission to take all the nuggets planted among the crop or mud. The area is protected by these caretakers or enemies with a large ax with them. All you supposed to do is move in a strategic or ‘maze-like’ pattern to collect all the nuggets without getting caught by these enemies.

The very design of the game is extremely intricate with the movement, graphics, sound design, elements, and characters as well. Your movement is crafted in a way to cut the crops and find the nugget. The movement of enemies is also well-designed and efficient as they detect your presence and move towards whenever your protagonist get close to them.  However, there are patterns which can be recorded in your mind to make the game much easier than ever to play. The starting 5-6 levels are designed quite simple after that it created a lot of barriers and blocks around the maze-like platform. This makes the movement and getting all nuggets more difficult but still fun to play. 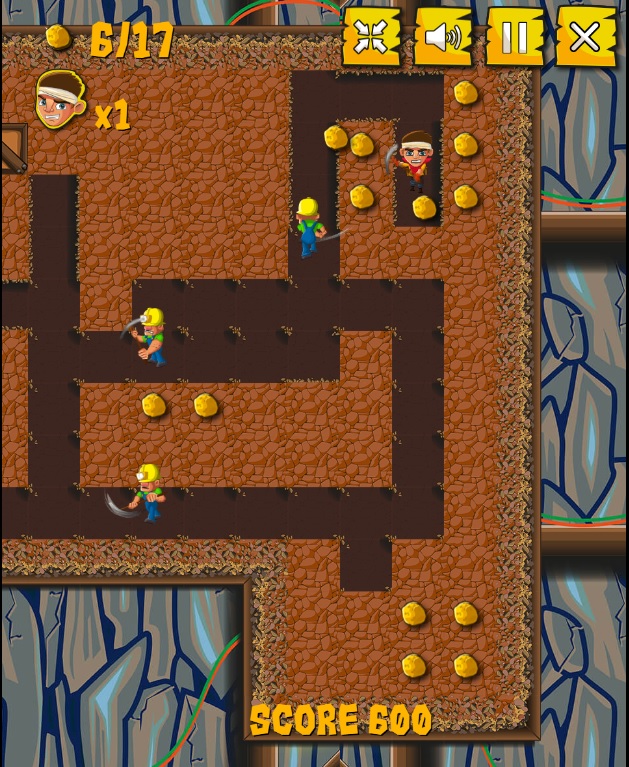 The gameplay with Nugget Seeker is quite simple where you control the protagonist to cut through the crop and collect all the nugget towards the end of the level. You can only complete the level if you collect all the nuggets scattered around the area which is guarded by these caretakers. You are supposed to move strategically in order to not caught up by the caretakers. It becomes tricky to get away with nuggets without getting cornered by the enemies. You also suppose to avoid the danger of toxic cylinders as well which affect the scores and your game life.  You also have to make sure that there are enough distance or obstacle in-between you and other enemies. So you can cut through the crop having some marginal difference in the boundaries. Avoid getting trapped or cornered around the boxes or the wall and even between two or three enemies. The difficulty level will be increasing at every stage in terms of the complexity of design, the placement of nuggets and sometimes the speed and number of enemies hovering around you.  You have to be quick and confusing for them in order to take all the nuggets. 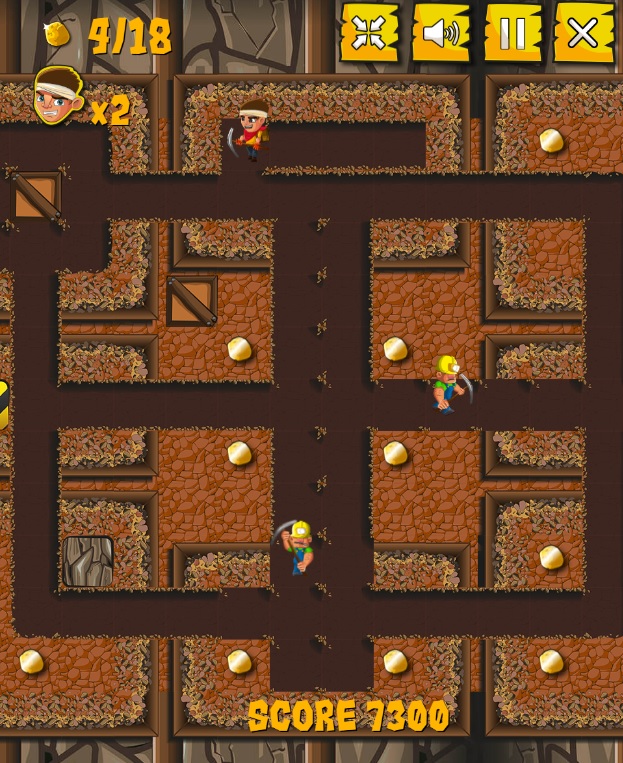 You are supposed to use arrow keys to move the character you control and dig the crops. You can use LEFT, RIGHT, UP and DOWN keys to dig the crop and also tries to not come contact with the other caretakers or farmer there. So try to escape from these caretakers otherwise you will lose your life in the game. You are supposed to collect all the nuggets to finish the level and also earn around 100 PT for each one. 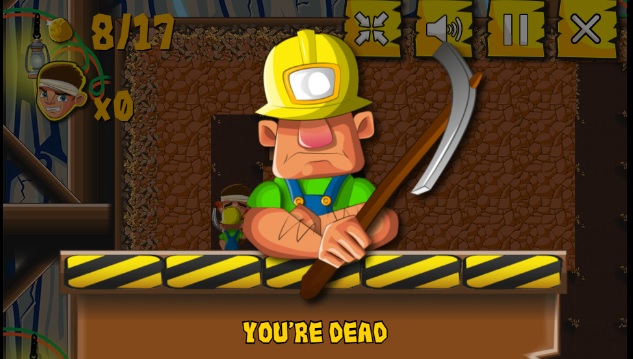 1.  You are supposed to be certain about your movements and the kind of pattern you are following to take all the nuggets at that level.

2. After level 3 or 4, it becomes quite tough to move around without getting trapped or caught among the enemies. Well, there is a trick to get away with it. You have to be a bit confusing with your movements or directions so the game algorithm can be befooled. Understand that this movement of enemies detect your direction of movement but they do not respond very quickly if you do it deliberately and already know your own next move.

3. Play strategically to create a maze-like pattern in your movement to achieve all the nuggets. With increasing levels, the placement of nugget become more scattered and away from each other. That will require a lot of movement, short movements which lower your speed and increase the risk of being caught. You have to have a certain level of planning or movement pattern. Do not engage too much yourself in the thought before the movement. 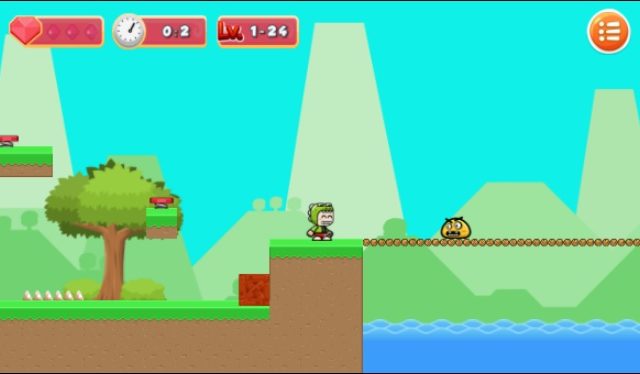 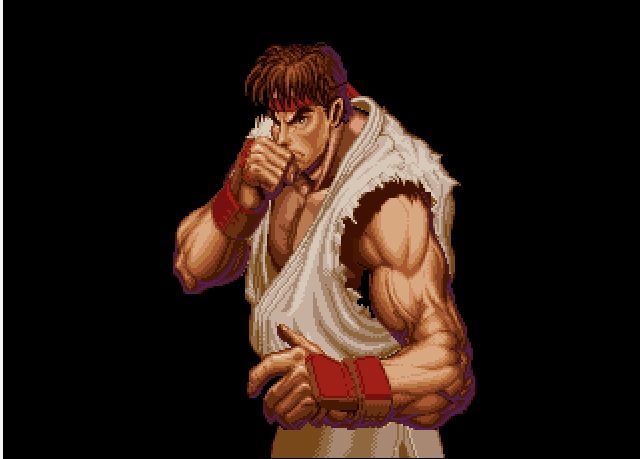 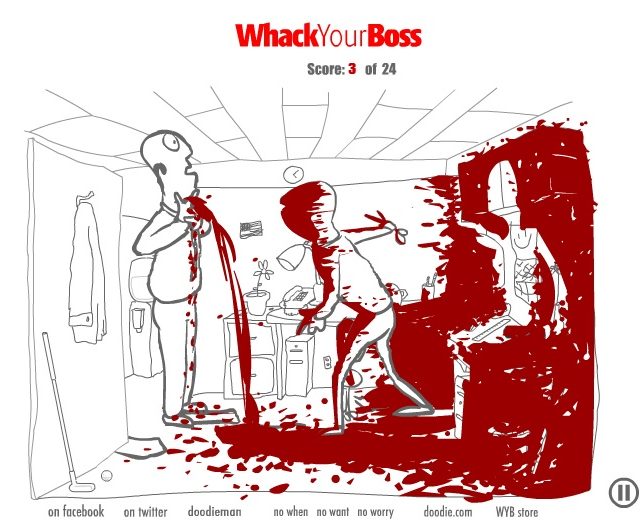